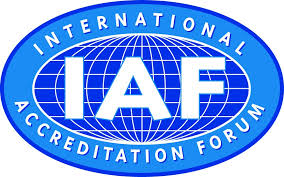 The following is a testimonial on behalf and for the following companies based on personal experience for the sole purpose of property build in Spain.

During May 2015 my wife and I were looking to buy a villa in the Alicante region of Spain. Our brief was a new build, away from the coast with views of the country side, with land and close to a town. We saw advertised a beautiful white villa in Pinoso on the GR website and contacted them direct.

John Rizzo contacted us in return immediately, and answered all the initial questions that we had. We arranged to fly over and meet with him and Henry Lacayo in Pinoso at the company offices. We were shown numerous villa designs but we stayed with the villa we fell in love with and opted for a 180m, 4 bedroom build with 10 x 5 M salt water pool. Throughout our short stay we were shown several building plots, but our criteria were demanding. Eventually we were shown a plot in Ubeda of 12000m with 360 degree mountain views, and we knew this was the one for us. We were told the process would be fully legal, and a build time of 8 months was quoted. We returned excited to the UK and appointed a local lawyer, Penalver Abgogados in Pinoso to act on our behalf. The legal process was entirely different to the UK were the buyer is the developer, and the land had to be purchased by the developer i.e. us, This process at first seemed very strange, and we were initially a little sceptical, but our lawyer reassured us that this was normal, and stage payments would be required at various stages during the build. The contact was drawn up and was duly signed. Work started on the plot in September 2015 when the foundations were laid. During the period leading up to this several meetings were held with John and Henry and a very good relationship was formed.

Throughout the build every week religiously, Henry sent on average 30-50 photographs of the build progress and this was something we looked forward to on cold winter Friday nights in the UK. Nothing was too much trouble in getting the build just as we wanted with modifications, and we decided to add a separate 30M barbeque building and double garage which were accommodated with so much ease. In late April 2016 precisely on time, we took delivery of our beautiful villa and moved in. The quality of the build is first class, outstanding in fact and we are both delighted with the result. Small items that needed attention, which is usual, were corrected almost instantly. We have no hesitation at all in recommending the services and Henry and John, and indeed our layer Pilar Penalver. Please feel free to call at anytime if you wish to speak to us direct about our project, and if we are at the villa, feel free to call and pop along and look for your self. Trust in people is important when you enter into such an under taking, and financial commitment as ours, and these people you can trust entirely, and we also hope we have made new friends in the process as we start our new life in Spain.

Thanks for building our house in the Pinoso area.

When we started late 2016/early 2017, we did not know each other at all, but your assistance in finding the right location was very appreciated.

Our confidence in LyC Properties has strongly grown during our open and constructive discussions for the building plans of the house and annexes.

Building the house started in February 2017, and was finalised as planned in a time-frame of 8 to 9 months, an amazing performance.

As I was residing in Belgium during the construction of the house, weekly progress reports were sent which was highly appreciated to stay informed. Any raising  issue or adaptations to the plans were corrected or adapted prompt and with professionalism.

We are very pleased with the house as it finally delivered, and wish to congratulate LyC Properties and its personnel with their performance, their professionalism is recommendable for all who wish to build in Spain.

Thanks Henry, thanks to all the co-workers, your work is highly appreciated.

During my negotation whith Mr. Lacayo, I found him flexible and expert person with long experience on construction projects, and after I signed with him he was very helpful and accurate in everything, also very fast in work and caring a lot about the quality of his work.